If you grow up in Houston, you might have read A Weekend in September. Down in Clear Lake, we certainly did. It's the story of the Great Storm of 1900, the deadliest Atlantic hurricane to hit the United States. It killed approximately 8,000 people on Galveston Island and caused nearly $140 billion (2018 dollars) of damage.

Back then, Galveston was a busy port town with one of the highest per capita incomes in the country. Houston, while big, was the less sophisticated oil town - an afterthought. That all changed after the Storm destroyed the port and all that business moved to Houston. Though they tried, the Island was never able to recover its former glory and Houston never looked back.

As I've written before, the costs of living just keep going up. Democrats like me talk about the cost of healthcare and higher education, but it's more than just that. Every time a hurricane comes through Houston, not only are our families at risk for losing their lives, but home and business owners have to spend their savings on getting back to baseline, rather than building for the future.

It hasn't always been this way. After the Great Storm, Galveston built a seawall to protect homes and businesses on the island from the surge in water caused by hurricane winds. Harris County set up a flood control district to manage our water ways.

But we seem to be getting more frequent and harsher storms. The rain dropped by Hurricane Harvey proved that our flooding infrastructure needed massive improvements, so in 2018, we authorized the Flood Control District to borrow $2.5 billion in order to start upgrading our drainage systems.  It was the biggest bond the Flood Control District had ever issued. But it was a drop in the bucket compared to our annual GDP ($361 billion) or the amount of damage caused by Harvey ($125 billion).

But some projects are too big for Harris County, or even the State of Texas.

In September 2008, Hurricane Ike, a category four hurricane, made landfall in the Houston area and killed nearly 100 people. It also caused nearly $30 billion in damage. I was at UT at the time, sitting in my apartment trying to stay in touch with my family as they hunkered down at San Jacinto Methodist Hospital.

After Ike, Dr. William Merrell, an oceanographer at Texas A&M Galveston looked out at the damage and thought we could do better.

His brainchild was the Ike Dike: a system of gates and levees to extend and fortify the Galveston seawall. Copied after the system that protects The Netherlands, the Ike Dike is meant to protect Houston from the increasingly large waves brought in from Galveston Bay by hurricanes like Ike.

In October 2018, 10 years after Hurricane Ike and after years of study and community feedback, the Army Corp of Engineers (COE) released their proposal. They expect it to cost somewhere between $23 to $32 billion - or at least ten times what the County borrowed for drainage improvements.

The COE is still taking feedback and plans to deliver it's final report to Congress in Spring 2021. That's an important milestone, because neither Harris County nor Texas has the money to pay for this project on our own.

Just like Houston needs the Ike Dike, there are important projects all over the country. Communities need roads, bridges, mass transit systems, airports, hospitals, schools, broadband lines and more. And they often don't have the resources on their own to pay for them.

Remember: Harris County has the fourth highest GDP in the country: $361 billion. And Texas has the second highest GDP: $1.9 trillion. Other communities just don't have that capacity.

That's where Congress comes in.

An important role of a representative, particularly the Congress person, is to be their community's advocate. The country is large and no one will know any given part of it as well as the local representative. On infrastructure, their job is to get as much money as they can for our local projects.

The old way Congress people found the money was through earmarks. An earmark is a designation of money in an appropriation (spending) bill for a specific, usually one-off, project. Throughout the 20th century, Congress people would use earmarks to make sure their their district's projects were funded.

The incentives were well aligned: the Congress person wanted credit for the project so they could get re-elected and the community needed the project to improve quality of life. It also meant that Congress people had an incentive to work with each other - regardless of party. You might be a Republican, but if the Democratic bill had your bridge funding, you were going to vote for it (and vice versa). Nothing clarifies the mind like knowing your hometown is going to get the investment it needs.

It also helped spread out resources across the country. If you wanted to get that fancy bridge in New York, you'd better help Congress person from Kansas get their VA hospital.

Unfortunately, both parties ended earmarks in the 2010s after they became synonymous with wasteful pork barrel spending. You may remember the infamous Alaska "Bridge to Nowhere".

But one community's idea of wasteful spending is another community's idea of a necessity. While it may seem obvious to Houstonians that the energy produced in Houston is important to the country, others might see the oil industry as a relic of the past and not want to foot the bill for our insistence on living near the water. The Wall Street Journal has already reported on homeowners getting federal money to rebuild their homes...22 times.

In the non-earmark world, the President and their various appointees, get to decide which projects get funded. If you were ever worried about a small elite making spending decisions, well here it is.

We can only hope that our Congressional representation (from both parties) will be able to convince the President and his appointees that the Ike Dike is worth building. They've asked and unfortunately the current President thinks it's a "crazy idea".

A recurring theme in this blog is that we need, both federally and in Texas, a stronger legislative branch. Congressional earmarks are a great tool to both encourage bipartisanship within Congress and get Members to grow a spine and challenge the Executive. These spending decisions should be made democratically, not by one person and their aides. Together with smaller districts, earmarks are also a great way for communities to feel seen and represented by their representative and hold them accountable when projects don't get funded.

So next time you hear someone talk about wasteful Washington spending, just remember they might be talking about us and our priorities.

I love getting emails from everyone. Please send all your feedback and tell me what you think: [email protected]. 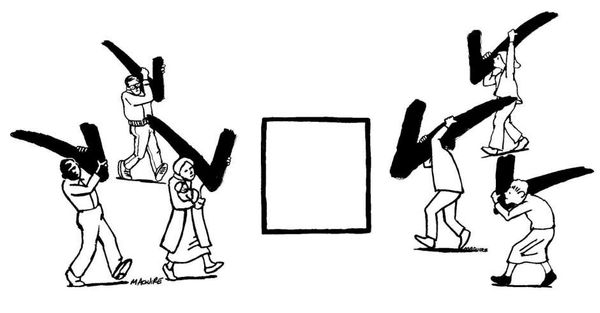 Bummed your favorite group endorsed the candidate you didn't want? Let's talk about why they might have done that. Spoiler: it's all strategic. 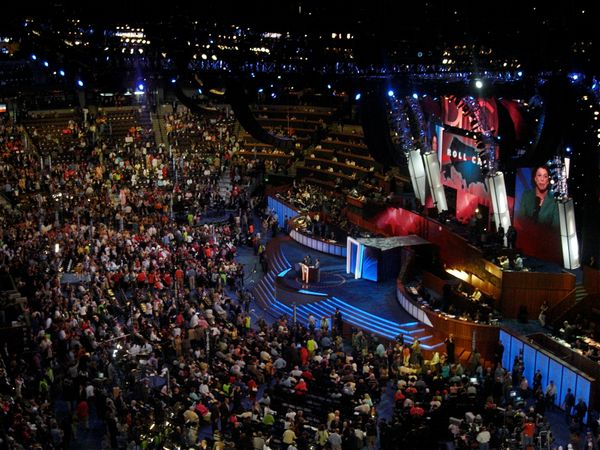 If you only watch one part of the Democratic National Convention, watch the roll call. Here's why.