Like many politicos, I've spent the last two years focused on the 2020 election. I helped candidates stand up their campaigns, raise funds, meet with members of the community and plan their communication strategies. Even this blog was an attempt to influence the election (and more broadly, "The Discourse").

Now it's been a few weeks since the election and I've had some time to think through the results. This week I'll talk through a bit about what my expectations were (and how they were set) and then what reality turned out to be. Next week, I'll focus on what it means and where we go from here.

Many of you know that I believe the polarization story that Ezra Klein described in his book, Why We're Polarized. In fact, I believe it so much that if you need the extra push to read it, I'm happy to buy you a copy.

The gist of the idea is that America has always been a place where people have strong feelings about politics, society, the economy, culture, etc. But those differences in opinion haven't mapped so cleanly to the two different parties since the Civil War, e.g. there used to be significant chunk of pro-life Democrats and pro-choice Republicans.

I also think Lee Drutman has it right in his book, Breaking the Two Party Doom Loop. The gist there is that the two party system isn't a good fit for our society today and gives a permanent leg up to older, rural, European American voters.

Given those theories, these election results are reasonably predictable. So why was I surprised?

The truth is I got caught up in the polls and discounted the theories.

Back in January 2020, if you had told me that Joe Biden would be the Democratic nominee and that he would narrowly defeat Donald Trump in the Electoral College; that the Democrats would lose seats but maintain control of the House; and, narrowly miss control of the Senate, that would have made sense to me, even if I thought it was a bit optimistic on the Presidency.

In pre-COVID times, it certainly seemed possible for Joe Biden to beat Donald Trump in Pennsylvania, Michigan and Wisconsin (the three states in the "Blue Wall" that Hillary Clinton lost in 2016). But I didn't think it was as likely. Despite his more humble upbringing (the first Democratic nominee not to attend an Ivy League school since Walter Mondale in 1984), he was fundamentally a Washington Insider. His first election to the Senate was at age 29! My sense was that the Rustbelt loves outsiders and Biden just wasn't it. He might expand the map to the Sunbelt (Georgia, Arizona, Texas) though probably not, and that was at the increased risk of not winning the Midwest.

That's a large part of why I supported Bernie Sanders in the Democratic Primary. Despite his long tenure in Washington, Sanders (to me) always seemed like a cooky outsider. That style and aesthetic would help him lock down the Rustbelt, even at the guaranteed loss of the Sunbelt.

To be fair, the case for Joe Biden was that he could both win the Rustbelt and start pulling in Sunbelt states and that his coattails would help Democratic challengers beat the incumbents. I just didn't think the evidence was strong enough for that argument.

Turning to the Senate, not all Senators are elected at the same time and those that won in 2014 were in states that weren't very favorable to Democrats. Trump won Arizona, North Carolina, Iowa, Montana, Georgia and Texas. None of these seats seemed that winnable. And on the House, I would have been surprised that House Democrats lost some seats while fighting an incumbent Republican President.

My thoughts began to change sometime in March/April as the polls for Democrats began to improve (I'll come back to this point in next week's piece). According to the polls, likely voters were upset with Trump's handling of the COVID pandemic and it was driving their decision to vote for Biden and other down ballot Democrats. Some of this trend had moved Seniors which would be critical in Florida. Separately, the Gorsuch opinion in the Bostock (2020) extending workplace protections to the broader LGBTQ community had decreased enthusiasm among White Christians for Trump. Lastly, the lack of a border wall and hard trade war seemed to also dim enthusiasm for Trump among heartland blue collar workers.

This evidence changed my expectations. I thought that the lived reality could change minds and votes.

Starting in August, I began to take take for granted that Biden would win in Michigan and Wisconsin and was the favorite in Pennsylvania. I became more bullish on Biden winning Florida and North Carolina, and keeping the race close, if not winning, in Ohio and Iowa.

Between Biden's personality/history and Trump's handling of the COVID pandemic, the polls suggested the case for Biden was panning out. When looking at the polls (and taking into account their historical accuracy), FiveThrityEight gave Biden better than 2:1 odds of winning Florida, about 2:1 odds of winning North Carolina, and just under a coin flip of winning Ohio. Both FiveThirtyEight and The Upshot at the NYT ran pieces suggesting that Trump needed a larger polling error than in 2016 in order to win.

On the Senate side, Democratic challengers in Arizona, North Carolina, Iowa, Montana had weighted polling averages higher than Biden.

These trends even hit Texas. For the first time since I started following the FiveThirtyEight forecast, there was a 2:3 chance that Biden, a Democrat, would win the state. Since 2008 when the forecast first ran, Democrats had 1:99 odds. In the aftermath of my own loss in 2018, I had privately argued to Party officials that the first twelve seats that State House Democrats won that cycle were the low hanging fruit - seats we probably should have won or been competitive in with a better crop of candidates, better funding and with the advantage of a Republican incumbent President to run against. The next nine seats would be much harder - even if Beto had won those seats, his vote share was probably the ceiling, not the floor. As I followed the State House race polls and watched Derek Ryan tally up the the early vote numbers, I started to believe I was wrong. The State House Democratic challengers might actually pick up enough seats to win the majority for the first time since 2000.

Lucy got me again.

In the end, outside of the Presidency, the remaining races were a far cry from what I predicted. On the plus side, despite some big polling errors (especially in Florida), the polls correctly "called" the states for Biden. He really was able to win the old Rustbelt and the new Sunbelt at the same time. My old intuition was wrong and it was a good thing that I updated my perspective based on the polls. Biden is the first Democratic candidate since Bill Clinton to win Arizona and Georgia.

On the other hand, the polls (and the theory) were wrong about Biden's coattails. Ultimately, Democratic Senate challengers picked up a net of one seat in the Senate (flipping Colorado and Arizona, but losing in Alabama) for a total of 48 seats (Georgia runoff results notwithstanding). That's just barely within the 80% likelihood range that FiveThirtyEight predicted. House Democrats will have between 222-227 seats (depending on final results) which may be just below the 80% likelihood range that FiveThirtyEight predicted.

With the exception of Maine, the President and Senate candidates rose and fell together. While not surprising (remember we're all polarized now), it is incredible to see. In 2008, within my living memory, Democratic Senator Tim Johnson (who I once worked for), won his re-election in South Dakota by 25 points, while Barack Obama lost by nearly 9 points.

In Texas, State House Democratic challengers picked up one seats, while an incumbent Democratic member lost her seat. The net change was zero. But what about the ticket splitting?

Among some of the most contested State House seats, Biden outperformed the challengers by particularly large margins. Check out this analysis by Jeff Blaylock over at TXElects:

(Image updated December 6, 2020 due to this conversation on Twitter.)

(Updated on December 6, 2020 due to above referenced Twitter conversation
Biden won all these House Districts (surprisingly even a very conservative HD-128!), but Democratic State House challengers only won HD134. Texas voters very clearly split their tickets.

The President did not win a majority in several of these Republican held Texas House Districts, including HD 108/112 (Dallas County), 66/67 (Collin), HD 92/96 (Tarrant), HD 138 (Harris), and HD 26 (Ft Bend). The President also did not win a majority in HD 132, in which the Democratic incumbent lost. These are the seats that could have formed our House majority. I will discuss the situation more in next week's post.)

I started out this post by describing the evolution of my expectations. At a baseline, I buy into the idea that Americans are sharply polarized around party and that it's very hard for real world policy to make a difference. But, pre-COVID, if you had asked me whether a national catastrophe that killed hundreds of thousands of people might be enough to shake us out of our stupor, I would've said yes.

Clearly, I was wrong. There's a lot to think through about what this means on a policy level and what it means going forward for those of us committed to having the pluralistic, democratic republic that the Founders wanted.

Next week, I'll discuss the polls, shifting electoral choices among voters of color, the Georgia Senate runoffs and where I think Democratic messaging should go in Texas.

But for now - partisanship is still a helluva drug. 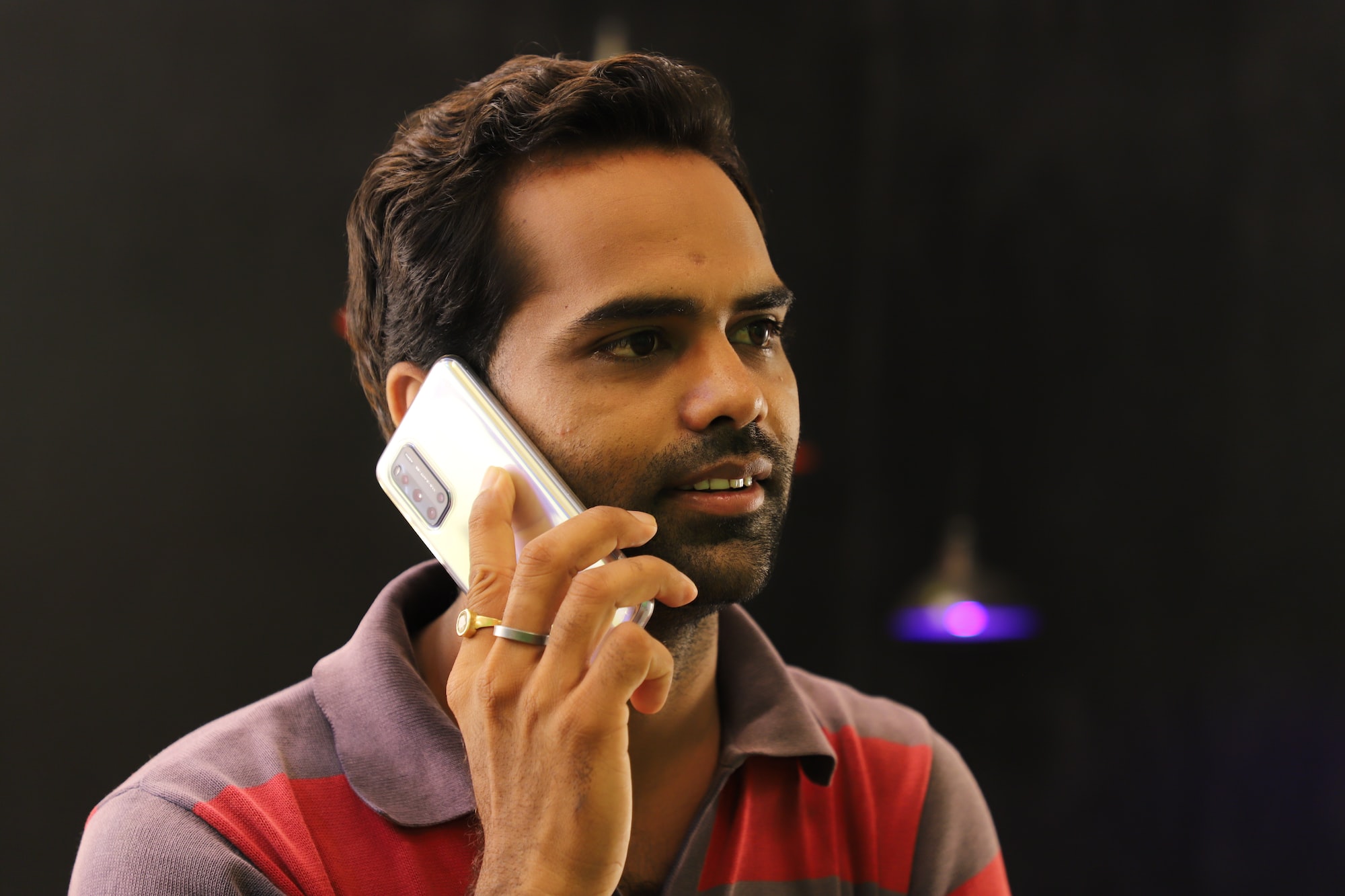 In order to understand our collective expectations around 2020, it's important to understand polling - what it gets right and where it goes wrong